Expats new to the Netherlands need to be aware of local driving rules including what to do after an accident, Holland speed limits, transporting children, sharing the road with cyclists and more…

Here are the most important rules for driving in the Netherlands:

The Ministry of Infrastructure and the Environment published a comprehensive guide (in English) on the Road Traffic Signs and Regulations in the Netherlands. It answers all questions on rules for drivers and cyclists, signs, hand signals by traffic police, parking rules and much more.

Unlike other countries that calculate fines using a table, the Netherlands calculates fines uses an algorithm that combines both the offense and the gravity of the offense depending on context. For example, exceeding the speed limit by 10km/h on a road where a construction team is working will incur a more expensive fine than exceeding the speed limit by 10km/h on the same stretch of road when no construction crew is present. There is no published list of costs for parking violations and similar fines.

It is obligatory that children under 18 who are less than 1.35 metres tall must travel in an EU approved child car seat or raised booster seat if (without a booster) the seat belt crosses at their neck. This applies to travelling in the front and back seats. A child under three may not be transported without being strapped in to a seat. The Netherlands has not widely adopted Extended Rear Facing car seats and most commonly-sold car seats rear-face only until between 9 – 12 months of age.

WHAT MUST BE CARRIED

It is compulsory to carry the following when driving a car:

Though not obligatory in the Netherlands, it is advisable to also carry the following items (which are mandatory in neighboring countries Germany and Belgium):

ON THE ROAD IN HOLLAND

Understand the various road signs you see in the Netherlands…

The road network in the Netherlands is dense and busy but in good condition. Rules and road signs are similar to those of other mainland European countries.

There are a large number of cyclists and skaters on the roads, and most main roads have cycle lanes; cyclists should always be in the designated lane where available. Bicycles always have priority over cars and even when a driver has right-of-way it is recommended to give way to cyclists.

The Netherlands does not have toll roads.

The ANWB (an organisation similar to automobile associations in other countries) provides up-to-the-minute information on traffic conditions and road work.

Similar information is available in English on the website ViaMichelin

SPEED LIMITS IN THE NETHERLANDS

Speed limits are implemented rigorously and radar traps are frequent. Driving over the speed limit and other law infringements are severely punished (fines, licence withheld, vehicle seized). Speed cameras, speed traps and unmarked vehicles are used by the traffic police.

Speed limits in Holland are as follows unless otherwise marked by signs:

Note that speed limits are reduced for passenger cars or vans towing a trailer, camper vans and trucks.

Yellow emergency telephones on the motorway roadside connect to the ANWB for roadside assistance. The ANWB is a membership breakdown service but is open to all road users who are able to subscribe for help from the scene of a breakdown or accident.

Parking is at a premium in most Dutch cities; there are clear regulations on who may park where, and at what times of the day…

Parking is not allowed next to black and white or yellow curbs.

There is a severe lack of parking in Amsterdam and other major cities. In an effort to reduce congestion, many cities have a park and ride scheme (P+R locaties). The driver parks in an out-of-town lot and then finishes the journey to the city centre using public transport (such as tram or metro).

Parking is not allowed next to black and white or yellow curbs.

There is a severe lack of parking in Amsterdam and other major cities. In an effort to reduce congestion, many cities have a park and ride scheme (P+R locaties). The driver parks in an out-of-town lot and then finishes the journey to the city centre using public transport (such as tram or metro).

In almost all urban districts, street parking is not free. In metered parking areas (marked by a ‘P zone’ sign), parking tickets are available from a central meter machine (usually grey or yellow) at the side of the road.

The ticket must be displayed in the front window. Failing to display a ticket, or displaying a ticket that has expired, will be fined by roaming police parking attendants. A vehicle which remains after already being fined, could result in a yellow boot (wheel locking device) being placed on the car and fining the driver. If the car is towed away the costs can run into hundreds of Euros.

Meter machines on the street vary in terms of method of payment allowed (in large urban areas, most have English-language directions).

In some cases, a bank pin/chip card or credit card will work, or in some cities a mobile app is used to pay for parking automatically (billed monthly).

A time-stamped parking disc – displayed on the dashboard – is needed to park in urban blue zone areas. These discs are available from motor club offices, tobacco shops and police stations.

Parking is also available in large, multi-level or underground parking garages. Payment may be in cash or by pin/chip cards.

In more residential areas, permits for residents are available or a mobile app can be used to pay for parking (billed monthly)

As parking rules are set by individual municipalities and may vary from city to city, here are links to the parking guidelines for popular expat cities in the Netherlands, including resident parking permits and parking fines…

It is obligatory for all cars registered in the Netherlands to have at least third party liability auto insurance (‘wettelijke aansprakelijkheid’), other motor insurance: fire, theft, vandalism is optional.

The insurance agent will provide a European Claim Form, which should be kept in the car. The claim form is the basis on which an insurance claim is made. In the event of an accident, all parties complete and sign the form at the scene. Copies are then sent to all claimants insurers for assessment.

WHAT TO DO AT THE SCENE:

If the accident is not too serious (for instance, if it only involves damage to property), then take the following action:

The claim form must then be sent to the insurance company; in the Netherlands there is no time deadline.

In the event of a road accident in which someone is injured or killed:

If the party responsible for the damage is uninsured or unknown, the claim can be submitted to the Road Traffic Guarantee Fund (Waarborgfonds Motorverkeer).

ACCIDENTS OUTSIDE THE NETHERLANDS

The 5th Motor Insurance Directive is in force in the European Union regarding traffic accidents outside a person’s own country: victims of traffic accidents can now claim compensation in a simple manner from the insurer of the party at fault. These claims are submitted to the representative of the foreign insurer in the victim’s country.

Should a fatality occur in an accident, the deceased will be taken to a mortuary. The family is usually asked to identify the body. The Crown Prosecutor’s Office (Officier van Justitie) may investigate the cause of death. In such cases, the Officier van Justitie will give permission for the cremation or burial.

OWNING A CAR IN THE NETHERLANDS

LEASING A CAR IN THE NETHERLANDS

DRIVING LICENSES IN THE NETHERLANDS 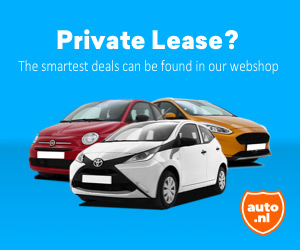