Find out about Willem, Prince of Orange, the role he played in Dutch history and why there happen to be two monuments to him so close together in The Hague…

Willem I, Prince of Orange is considered the ‘Father of the Fatherland‘ (i.e. the United Dutch Republic which included the entire Benelux region of what is today the Netherlands, Belgium and Luxembourg) for the key role he played in Holland’s history back in the 16th century, which eventually led to independence for the 17 Provinces.

He was born in 1533, the first child of Juliana van Stolberg and Willem (de Rijke), Count of Nassau. Upon birth, he automatically became heir and Prince of Nassau. At age 11, following the death of his 26-year-old cousin Rene of Chalon, Prince of Oranje, who had no children, he inherited the count’s legacy, thus establishing the House of Oranje-Nassau.

A requirement made by Emperor Charles V in agreeing to the transfer of title to the new Prince was that Willem would have a Roman Catholic education (until this point, Willem had been raised Lutheran). Willem was sent to the Netherlands to study under the guidance of the emperor’s sister Mary of Hungary, first in the city of Breda and later in Brussels. He was taught languages, military strategies and diplomacy.

He rose up in prominence quickly at a young age and was well liked by the emperor’s successor, King Philip of Spain, who was ruler over a large part of Europe including the 17 provinces (current day Netherlands, Belgium, Luxembourg and some of Germany).

But over time, Willem came to view Spanish rule as oppressive and was especially opposed to the religious persecution of Protestants by the Spaniards during the Inquisition. Despite his position as governor over several provinces including Holland and Utrecht, Willem no longer supported the king and wanted the Spanish out. This eventually led to Willem being deemed an enemy of the crown and he was forced to flee to Germany.

LEADER OF THE REBELLION

Over the next 15 years, Willem became the leader of the Dutch rebellion, raising money to support troops and planning multiple attacks on the Spanish army. In 1574, Willem and his rebel army successfully liberated the city of Leiden from Spanish oppression. The victory was a major turning point in the 80-Years War. The Treaty of Utrecht in 1579 was the first asserting the independence of the United Dutch Republic.

Five years later, Willem I was assassinated at his home, the Prinsenhof in Delft, by a bounty hunter named Balthasar Gerardt. He had done it to collect the reward money which had been offered by the King of Spain. He never did collect it as Gerardt was caught before he could escape Delft. He was beaten by a mob, thrown in prison, brought to trial, convicted and put to death for the crime. Willem I, Prince of Orange, was laid to rest in the New Church in Delft.

As for the two monuments to Willem I in The Hague, they were both established during the short reign of King Willem II (1840-1849). Carel Willem Pape pushed the idea of a monument to Willem I in 1841. After it was rejected by Brussels (an event which partially contributed to the Belgian Revolution), he approached the Royal Institute of Science, Literature and Fine Arts in Amsterdam. The institute recommended to the government that the plan be postponed. The following year the Interior Minister announced that a fund had been started to raise money for such a monument which would be placed on a square in The Hague. It was to be designed by sculptor Louis Royer who presented sketches that depicted Willem I as a statesman, dressed formally and with his beloved dog at his side. King Willem II donated to the monument fund.

But the project continued to be delayed, frustrating the King. At this time, the French-Dutch artist Emilie de Nieuwerkerke presented his designs of an equestrian-inspired monument. King Willem II decided to fund entirely a monument to Willem I which would use the new designs. It was to be located between Noordeinde Palace and Kneuterdijk Palace (which at the time extended to what is today the Paleisplein). This was the first Willem I monument in The Hague to be unveiled.

On the left side of the marble base are the words ‘aan Prins Willem den Eersten door Koning Willem den Tweeden toegewijd‘ (for Prince William I established by King Willem II) and on the right side the words ‘onthuld den 17den November 1845‘ (revealed on 17th November 1845). This Willem I monument was officially added to the Dutch national monuments register in 1967 as rijksmonument #17830.

The originally planned monument was completed in April 1848 and unveiled in a ceremony on 5th June which was attended by King Willem II, Prince Henrik and Prince Frederik . This Willem I monument sits in the middle of Het Plein. It features Willem I in the standing position with a finger extended. Originally the statue had been oriented such that the finger pointed toward the Binnenhof.

On the front and back of the pedestal, written in Dutch and Latin, respectively, are the words ‘To Willem The First, Prince of Orange. Father of the Fatherlands. We thank you. MDCCCXLVIII‘. It was officially added to the Dutch national monuments registry in 1967 as rijksmonument #17879.

Both monuments to Willem I were added to the Dutch national monuments registry in January 1967. 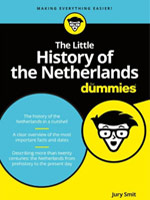 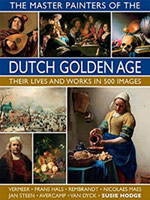 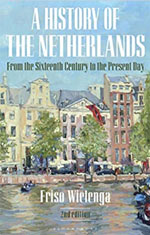 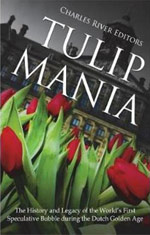