Below are ten top sights to see in South Holland, Netherlands. These landmarks are striking in their beauty, whether it be a historic building hundreds of years old or a modern wonder of technical achievement, and should not be missed…

19 windmills all in one location… what an amazing sight to see! This network of mills was created in the 1700’s for the purpose of draining marshy polder land where the Lek and Noord rivers meet. In 1997 UNESCO designated Kinderdijk as a world historic site. It is free to enter the park and walk or cycle among the mills. One of them has been turned into a museum (a small entry fee is charged). A boat tour is also offered. The easiest way to reach Kinderdijk is by boat from Rotterdam. Take the Waterbus from Willemsplein toward Dordrecht. Exit at Ridderkerk/De Schans and switch to the Molenkade ferry. Special Note: for 1 week each year the windmills are illuminated with floodlights at night. Even if you have been to Kinderdijk during the day, it is worth another trip to see them lit up in the evening.

Home to the Dutch Parliament, this castle-like building surrounds an inner courtyard where the grand Ridderzaal (Knight’s Hall) sits. It is the oldest structure in the Binnenhof, built in the 13th century by Count Floris V. This is where the new session of Parliament is symbolically opened by the Dutch king on the third Tuesday each September. The gate on the north side is especially ornate as is the gilded gold fountain in the interior courtyard.

This multi-use building’s 11-story, horseshoe-shaped silhouette is an architectural wonder. Within the walls of the building are residential apartments while under the arch is the largest indoor food market in the country; aisles of stalls offering a wide range of breads, cheeses, pastries, fish, meat,  produce, flowers, spices and international cuisine from all parts of the world. The ceiling is covered by tiles that combine to form the largest mural in the world. The Markthal is open 7 days a week: Monday-Thursday and Saturday until 20:00, Friday until 21:00 and Sunday until 18:00. It is located right next to the ‘Rotterdam Blaak’ transport hub (trains, trams, metros and buses all stop there). Check the 9292.nl website for the exact lines.

Home to the International Court of Justice, this magnificent building celebrated its 100th birthday in 2013. The building is not open to the public, but guided tours are occasionally offered. The visitor center is open Tuesday-Sunday. The Peace Palace has appeared in several American television shows and movies including Amazing Race and The Hitman’s Bodyguard.

This world-renown tulip and flower gardens attracts over one million visitors a year despite only being open for 8 weeks in the Spring. They come to see the incredibly vibrant colors on display as 7 million bulbs begin to bloom. Not only will you find crocuses, hyacinths, daffodils and the iconic Dutch tulips in every imaginable color, but roses, orchids and other flower shows happening in Keukenhof’s two exhibition pavilions. Other attractions and activities include a Japanese garden, petting zoo, boat tour of the adjacent bulb fields and the Keukenhof windmill. Keukenhof is open every day from mid-March to mid-May. The easiest way to get there is by bus from one of the nearby train stations (Leiden, Schiphol or Haarlem). A combination ticket is available that includes entry to the park and round-trip bus transport from any of the three stations.

This Gothic-styled town hall building was completed in 1459 and sits right in the middle of the old town’s main square. The building’s dramatic spires, stone sculptures, colorful stained glass, bright red window shutters and charming clock figurines that put on a show every hour make the Gouda Stadhuis one of South Holland’s do-not-miss landmarks.

At nearly 109 meters in height (33 stories), the New Church Delft (built 1496) is the tallest church in South Holland and the second tallest in the Netherlands (behind the Dom Cathedral tower in Utrecht). The remains of the ‘father of the fatherland’, Willem I, Prince of Oranje are entombed in a mausoleum inside the church. Subsequent princes, king and queens have all been laid to rest in the royal crypt under the church. The church is open to the public; the admission ticket includes free entry into the Oude Kerk (Old Church) located a short distance away. Visitors can climb the New Church bell tower (376 stairs) to reach the viewing deck which offers a spectacular aerial view of the old town as well as The Hague and Rotterdam skylines.

Two original entry gates that provided access to Leiden back in the days when the city was protected by a perimeter wall, are still in existence today. The Morspoort (pictured above) located on the southwest side of the old town was built in 1611 and utilized a draw bridge over the Mors canal to grant or deny entrance.  The Zijlpoort (pictured below), built in 1667, is equally impressive. It was the point-of-entry into Leiden from the northeast.

Since its completion in Fall of 1996, the Erasmus Bridge (‘Erasmusbrug’) has become the highly visible centerpiece of the harbour area and key connection between the city center, Wilhelminapier (where several of Rotterdam’s tallest skyscrapers are located) and the south districts of Feijenoord and Charlois. The bridge’s tower is 139 meters tall with a swan-like shape that helps it support the weight of the attached roadway. The bridge has pedestrian, cycling, automotive and tram lanes going in both directions. The Erasmus Bridge has become the single most recognizable landmark in Rotterdam, surpassing even the Euromast.

This historic gate into the walled city of Dordrecht (the oldest city in the province of South Holland), was built in the 1400’s. The dome above it was added in the early 1600’s as was the colorful stonework depicting the Virgin of Dordrecht. The crests on the shields surrounding her belong to the cities which participated in the rebellion known as the 80-Years War. The stone lions seem particularly menacing if you look up at them.

ATTRACTIONS & ACTIVITIES IN THE NETHERLANDS 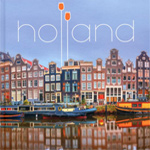 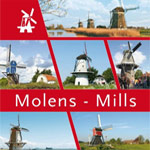 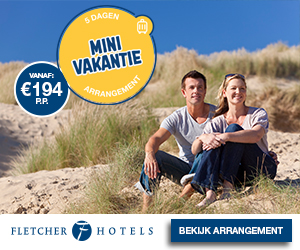